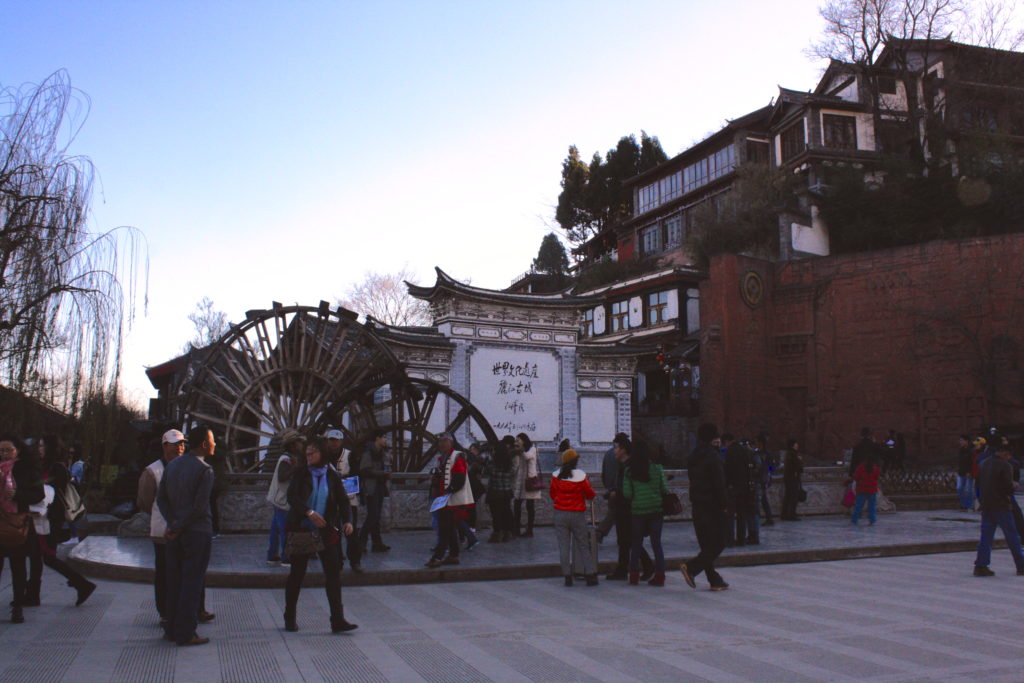 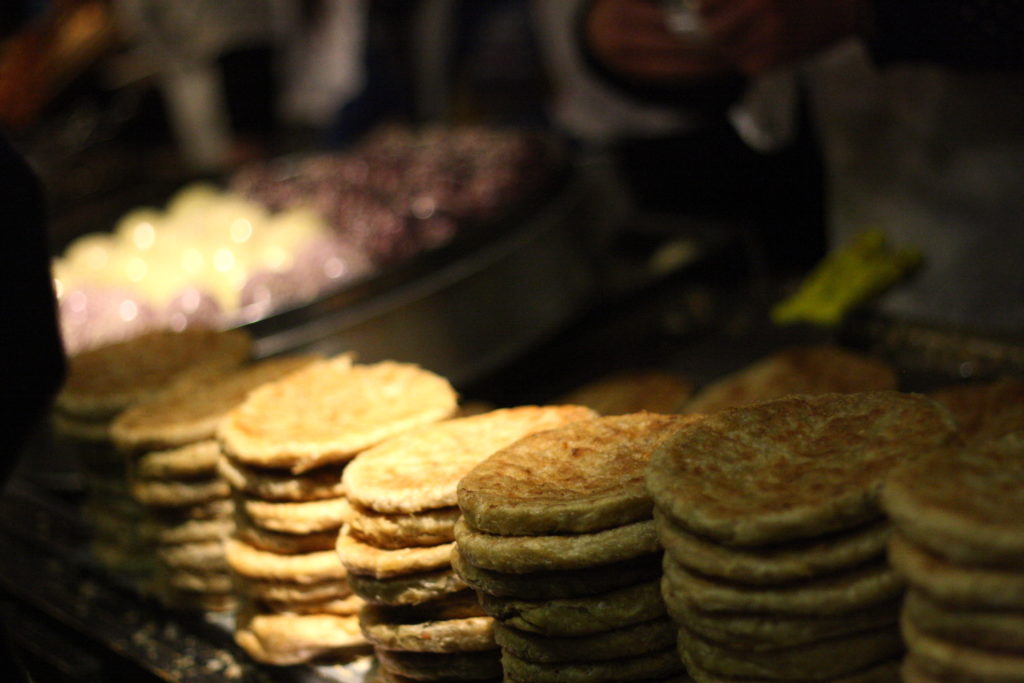 Lijiang Baba (丽江粑粑), a traditional Naxi* snack that can be found at every food stall of the Old Town.
*The Naxi (or Nashi) are an ethnic minority living in the northwestern part of Yunnan Province, and in the southwestern part of Sichuan Province in China. 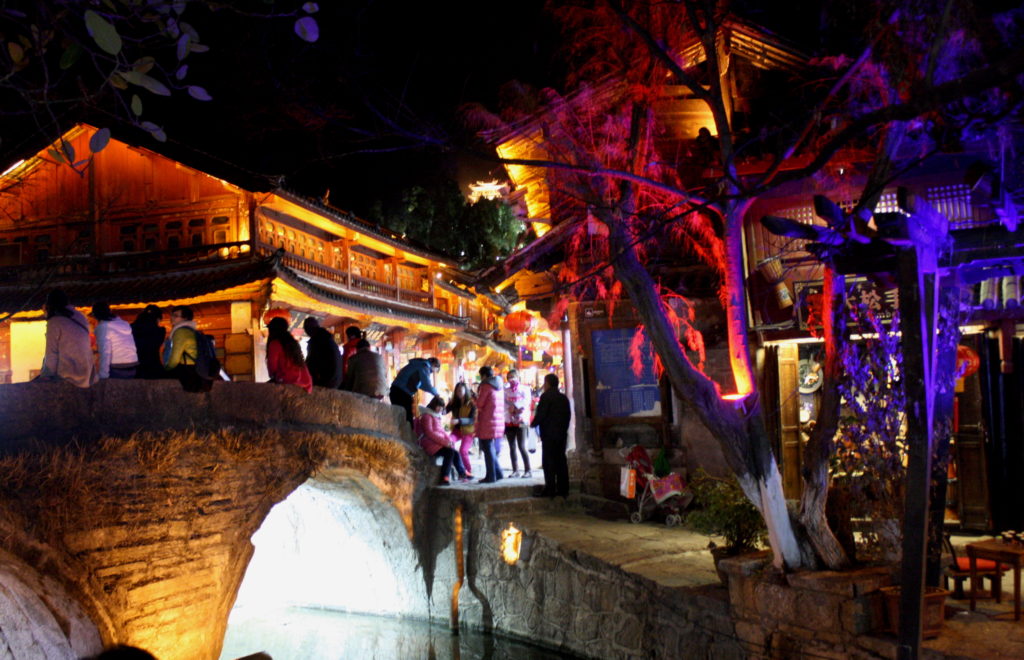 Dark night and fairy lights. The Old Town is famous for its numerous canals and its complex water system. 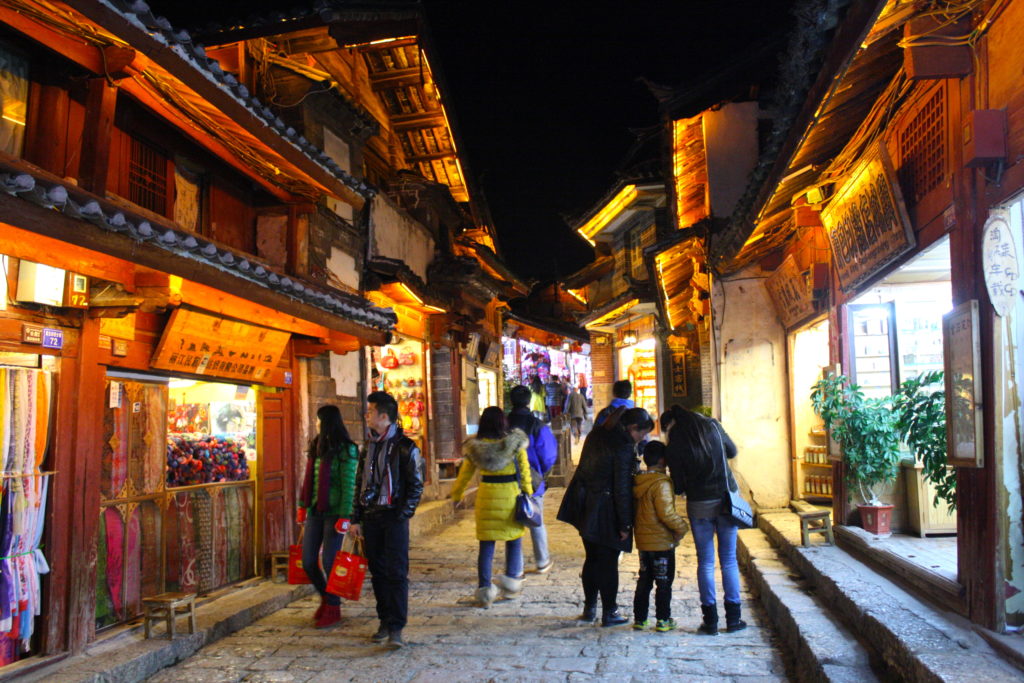 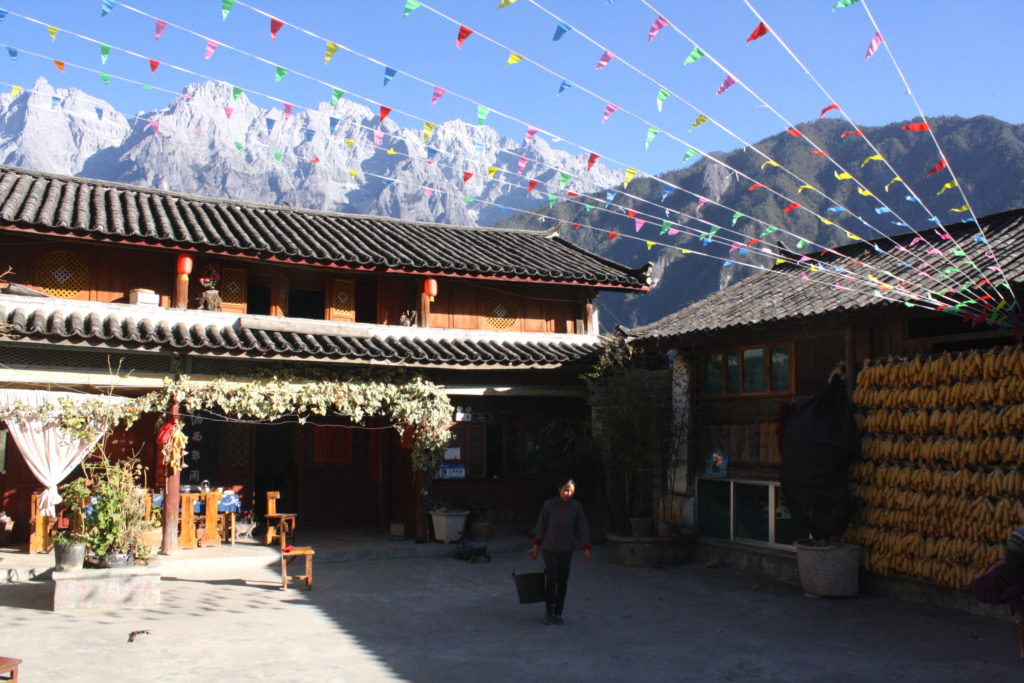 The Naxi Family’s Guesthouse, a farmhouse also playing the role of guesthouse and restaurants, and nice stop for the hikers. 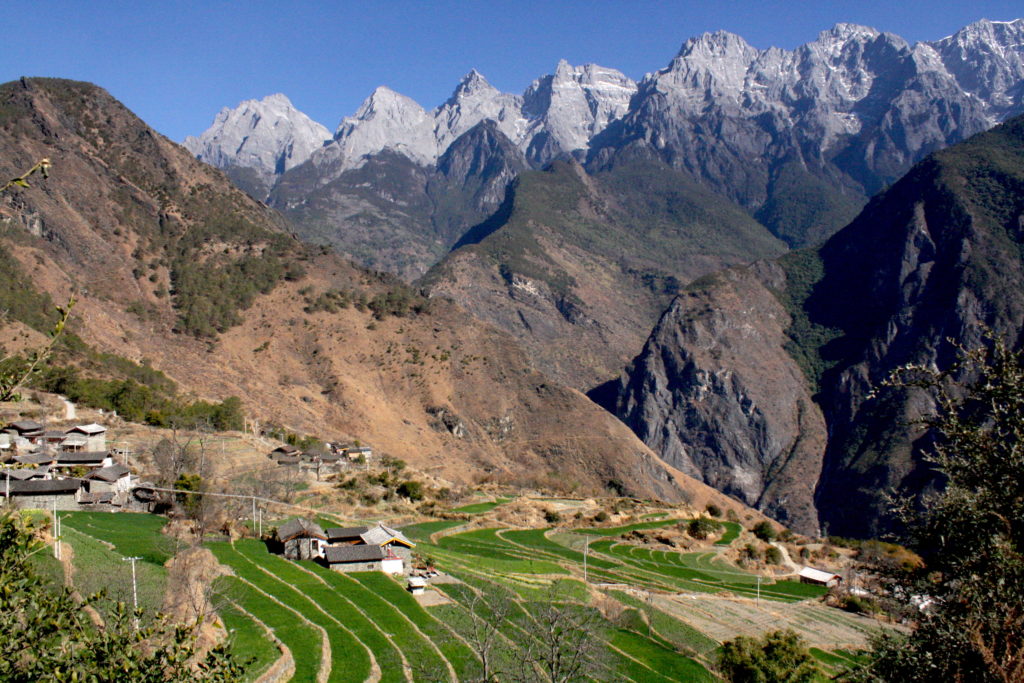 Farmhouses and paddies along the Tiger Leaping Gorge trek trail. 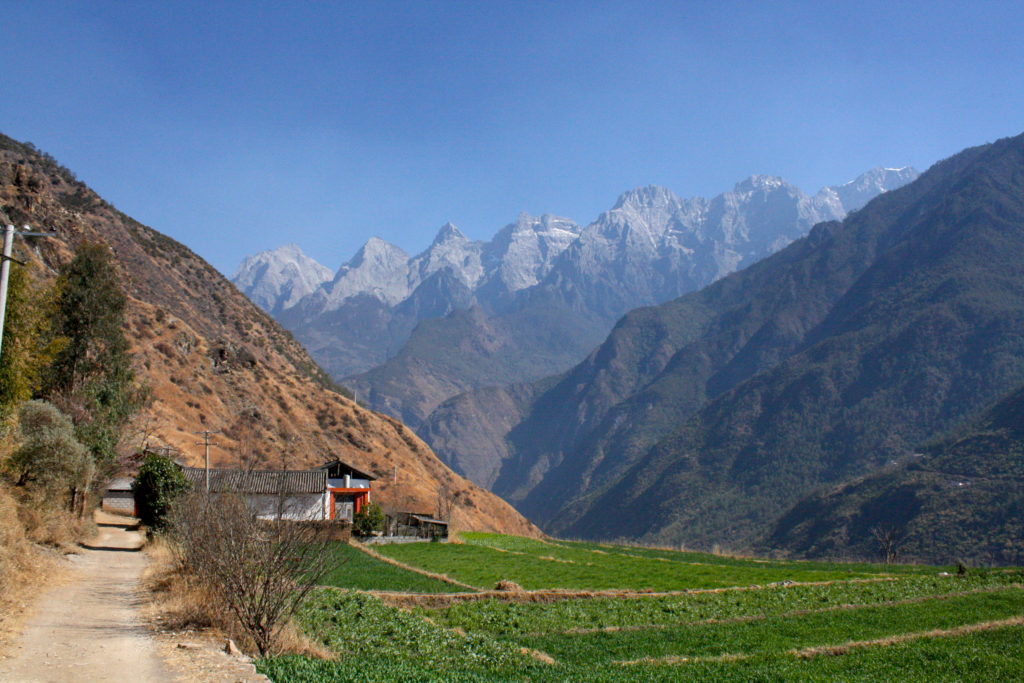 I visited the Old Town of Lijiang in January 2014. Lijiang is a charming water-town, listed by UNESCO as a World Heritage Site. I wrote a blog post about the story of this place here.