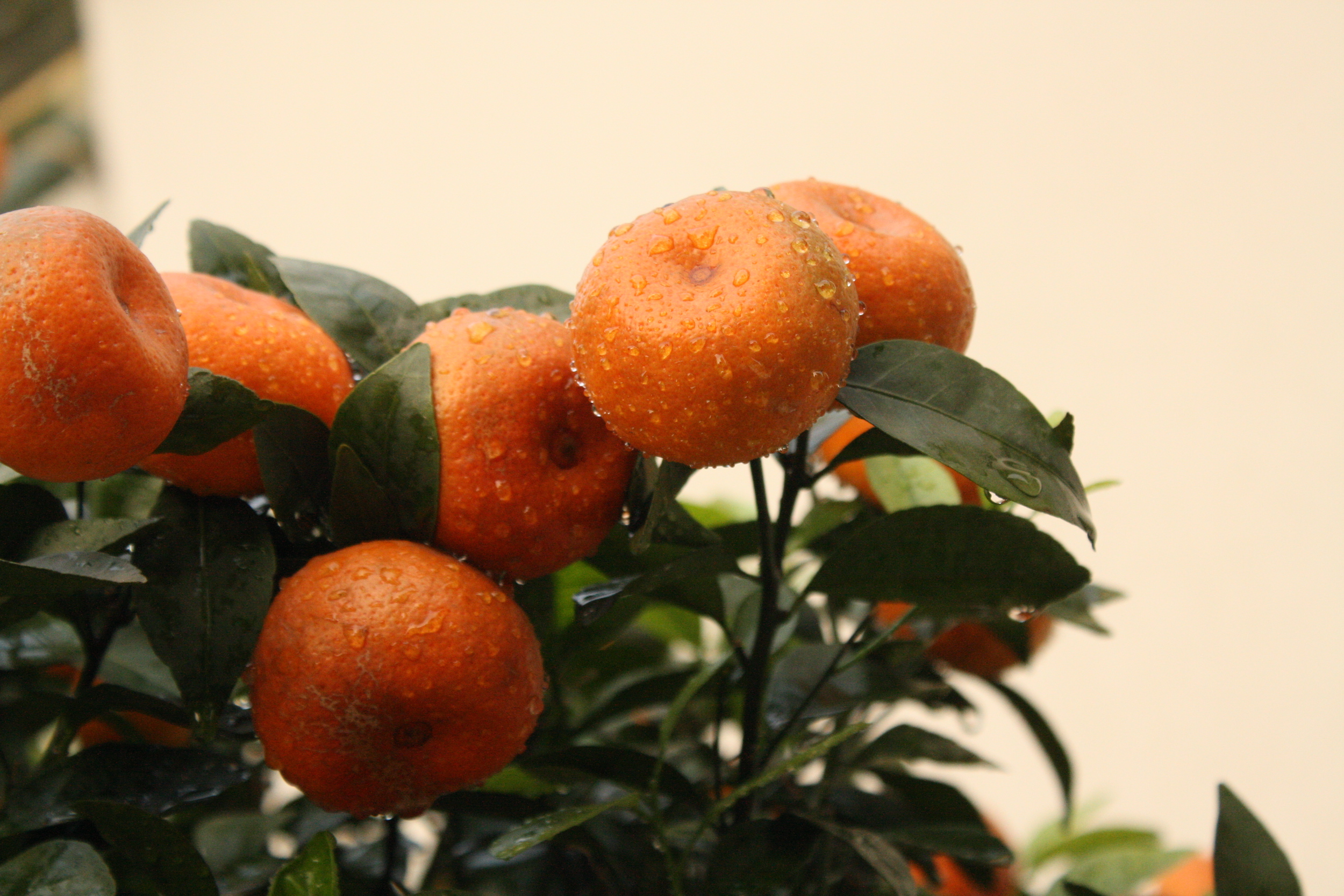 I spent the month of April 2020, like half of Humanity, inside, dreaming about the outside world. I spent too much time on social media, playing bingos, and (travel) challenges. While doing so, I came across old pictures that I took in 2014, when I was living in China, and went to Guangzhou with three of my friends. The photos looked good. Really good, actually, in my opinion. I was surprised because I didn’t find the Guangzhou particularly memorable. I remember not liking the city much, and yet, there is something very special with those pictures. A bit burned, a bit sweet. As if they were memoria from some kind of golden age. And maybe they are, because when will we able to travel as carefree as we once did?

The trip to Guangzhou itself was some kind of ridiculous odyssey. We came from Lijiang, via Kunming, having ridden an overnight train, which, in China, is always epic. We shared our “hard sleepers” cabin (which sounds bad, but really isn’t, because we could have spent the night on a chair, or even standing… with chickens…) with travelers who didn’t want to sleep. So we didn’t sleep either. The fact that the controller announced every stop, the last one before 5 am, to our surprise (we thought that the train would arrive at 8, not before dawn, as a result of a misunderstanding between the expected duration of the journey and time of arrival of the train), didn’t help either. So at 6 am, we didn’t have much choice but to go to Kunming airport, as our bulky luggage prevented us from frolicking downtown. We tried to change our plane tickets (booked for the afternoon), but the counter ladies were inflexible, so we couldn’t and waited for hours, before being able to check-in, go through security, and find a few boring shops to wait some more before boarding. The flight was bumpy. We were glad when, in the late afternoon, we reached Guangzhou. And finally, when we were ready to catch up with some sleep, we discovered that we had to share our rented apartment with other tenants, that were already living their best lives: the cockroaches…

Our exhaustion put us to sleep anyway. On the next day, we decided to start exploring the city and get some breakfast. What sounded like a casual plan turned into an incredibly complicated task. We walked through the nearby park (and it was a very big park) until we saw some street food stands at the opposite entrance. But the vendors only offered meat dish, and bone stew, and that didn’t really catch our fancy. We ventured in the buzzling streets of the adjacent neighbourhoods but couldn’t find any fruit or bread shop. All of us were starving, and my mind became very foggy at that point, and I don’t think that I took a lot of pictures. Eventually, we encountered a mall, with a McDonalds inside, and ended up getting some coffee (matcha in my case), and industrial muffins. It was not fancy, not local, but it satisfied our hunger.

We explored some more, reached the colonial town center of Guangzhou, took a few pictures, including pictures of an engagement photoshoot. We wandered around antiques shops and small boutiques selling temple offerings, as well as Chinese New Year decoration, since CNY was only a few days away. The late morning light poked through the leaves of the massive platanes, old men played chess or mah-jong on the streets, kids ran around. Suddenly, time was suspended. That’s when I captured the shots that I now like the most.

Would you trust this hairdresser?
I might not, especially considering the number of guys with purple Mohawks that we crossed path with in Guangzhou.

I started to realize that Guangzhou was made of “districts” as we reached the “safe district”. On the streets, the only things to be found were shops exhibiting deposit boxes, safes, and other security storage solutions. It threw me off a bit, as it was the first time that I visited a city organized according to such patterns. Since then, I’ve seen similar scenes in Bangkok, and Hanoï (even though, the “districts” are much smaller, and I never found something as strange as a “safe district”), and, thinking about it, it was certainly like that in Europe back in the days, otherwise, what would some streets be named after a profession? I could not help but wonder who would come all the way across town to do some iron safe-shopping, and how would they bring it back (probably no one, I guess people come to look at things and order something to be delivered to their store or whatever). Colors had faded away. Everything looked industrial, grey, and sad. I guess that we headed back at that point. Maybe that’s also the night when we went to Pizza Hut for dinner, which was probably our worst decision.

On the next day, half of our party was sick with food poisoning, so only my friend C. and I went to the gardens and temple listed as “must-see’s” on our guide book. I don’t remember much about those two sights, except for the fact that there was a weird bonsai exhibition at the park (which actually allowed me to find its name, by Googling “Guangzhou bonsai gardens” – it’s Liu Hua Hu Park if you wanted to know).

I would not really recommend the visit of the bonsai garden, unless you are really passionate about tiny trees or reading cryptic name plates in Chinese, with either no English translation or just some random dates about when the tree was given to the Park.

However, what I liked about the park was its stillness, and the sight of old men walking their birds. The mynah birds chit-chatted, while their masters smoked side by side in silence, sometimes looking at us with the same interest that we were looking at them.

As for the temple, Googled informed me that it was Guangxiao Temple, “one of the oldest Buddhist temples in Guangzhou”.

In the afternoon, our two friends felt better and joined us for the visit of “Museum of the Mausoleum of the Nanyue King”. Like most of the touristic attractions in China, it is remarkable for being the oldest and largest of its kind. I don’t doubt that it is, but Chinese museums are not particularly visitors-friendly, especially if you are not fluent in mandarin terms pertaining to the description of archeology. So again, I don’t have much memories of it, just that the museum itself is an ugly red building erected in the late 1980s, in some kind of typical Soviet fashion “with Chinese characteristics” (ie, red bricks, dragons carvings, and Chinese characters engraved using a strange looking font).

I think we went to another park on the 3rd day (or was it still on the second day?), and flew back to Shanghai in the afternoon. Again, an adventure, as my boarding pass slipped from my passport, and the counter ladies didn’t want to print me a new one. Fortunately, someone had found it and brought it to the boarding gate. But no one had thought it would be a good idea to make a PA call for me… In the end, it all went well (except for my friend whose luggage got broken…), and we reached our Shanghai home, that had all sorts of problems (including no hot water) but was at least cockroach-free.

And we were back to our routine (although, not exactly, as one of my friend was diagnosed with a bad health complication), and the Guangzhou memories rapidly got blurred in the back of my mind, and the Guangzhou pictures forgotten on an external drive, and I decided that I didn’t like this city much and would probably not go back. I have not been back ever since, but I now realize that I was maybe harsh with my judgement. A lot of things made this trip complicated, and maybe Guangzhou is one of those cities that is nicer to live in than to visit. We only stayed 3 days, and only did the most touristy stuff, so how can we tell? Six years later, when traveling within your own country is hardly authorized and international travel is a fantasy, Guangzhou appears as a faraway eldorado. Dusty, draped with golden hues, tough at times, but makes for good stories.